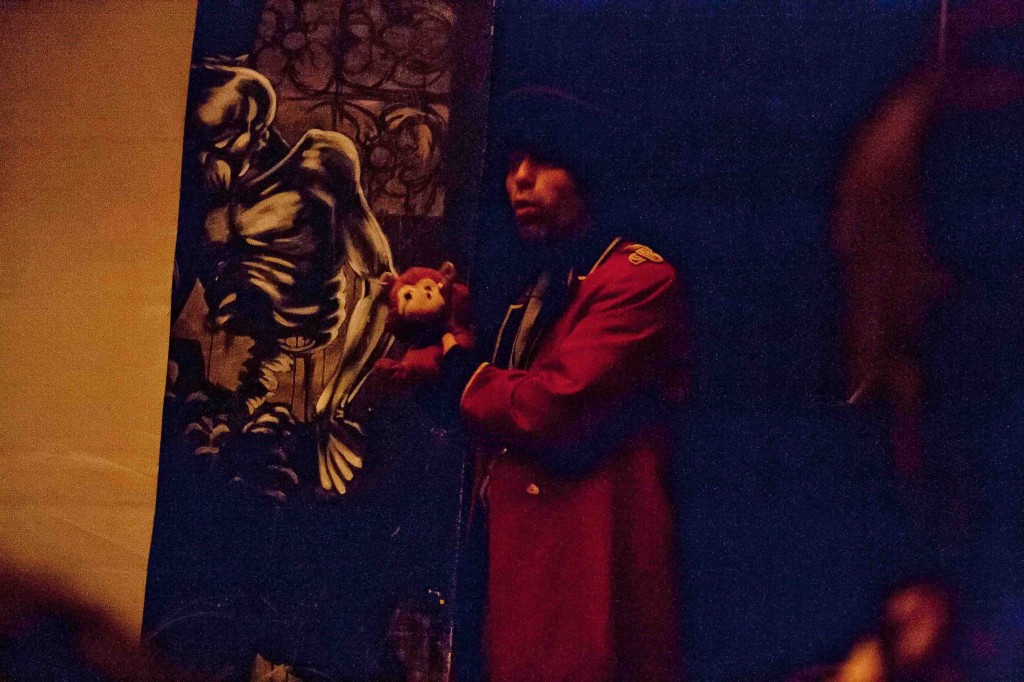 A solidarity-information evening took place on the 5th February for ecoanarchist Marco Camenisch, imprisoned in Switzerland, with a live performance by the Babboo Theatre from Amsterdam 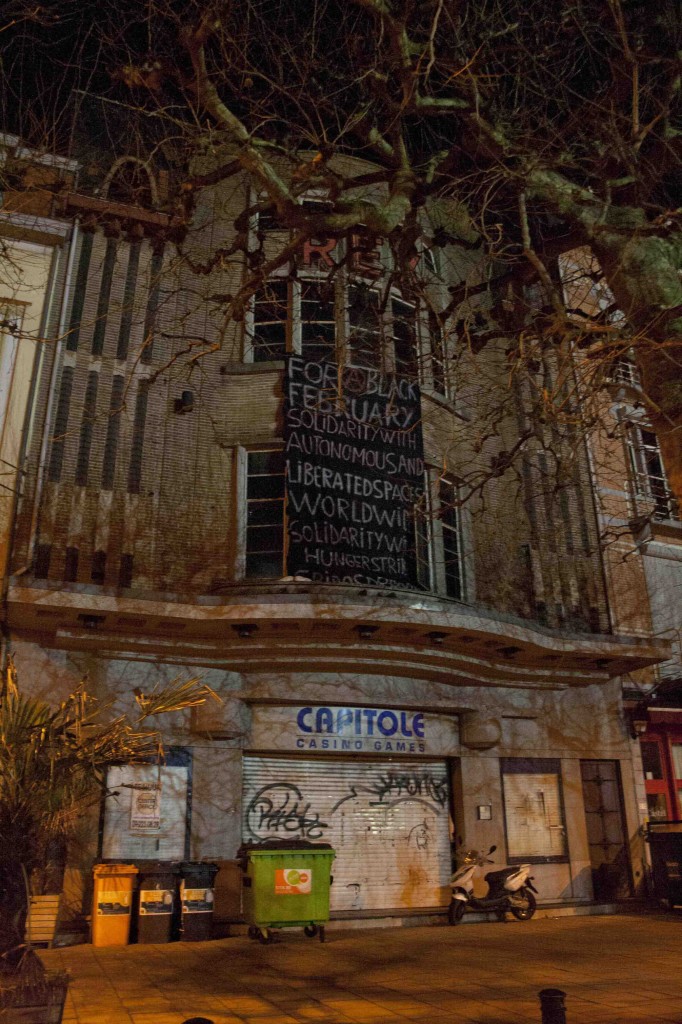 Banner drop opposite the main train station in Ghent. The banner reads: “For (A) Black February – Solidarity with autonomous and liberated spaces worldwide – Solidarity with hunger striker Spyros Dravilas” (prisoner in struggle at Domokos prison, Greece) 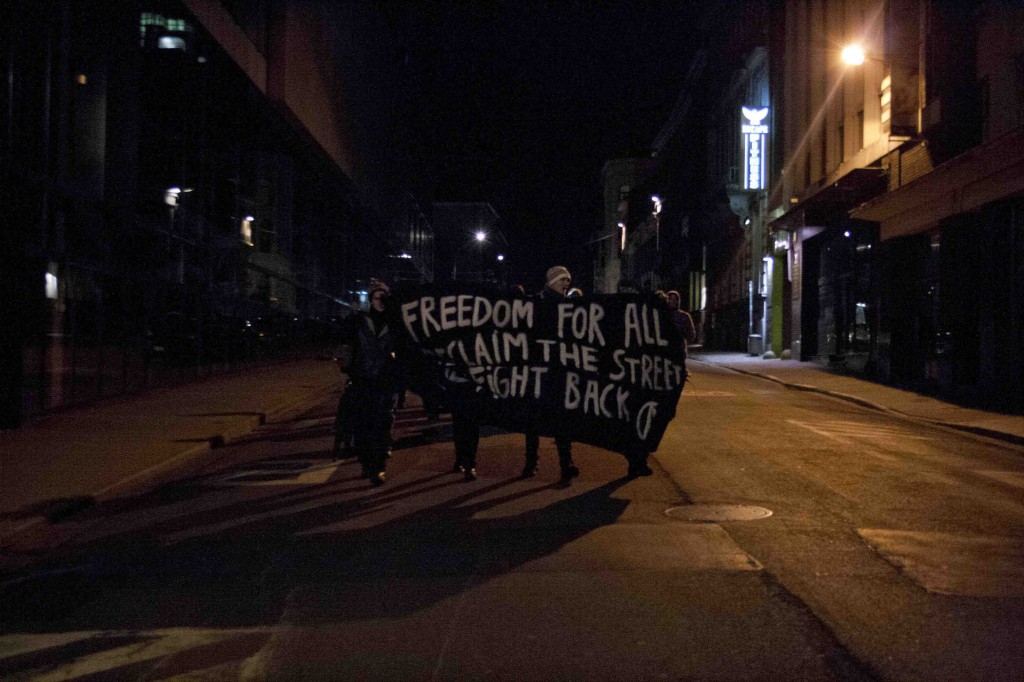 “Freedom for all – Reclaim the street – Fight back”; wild demo in the city centre of Ghent 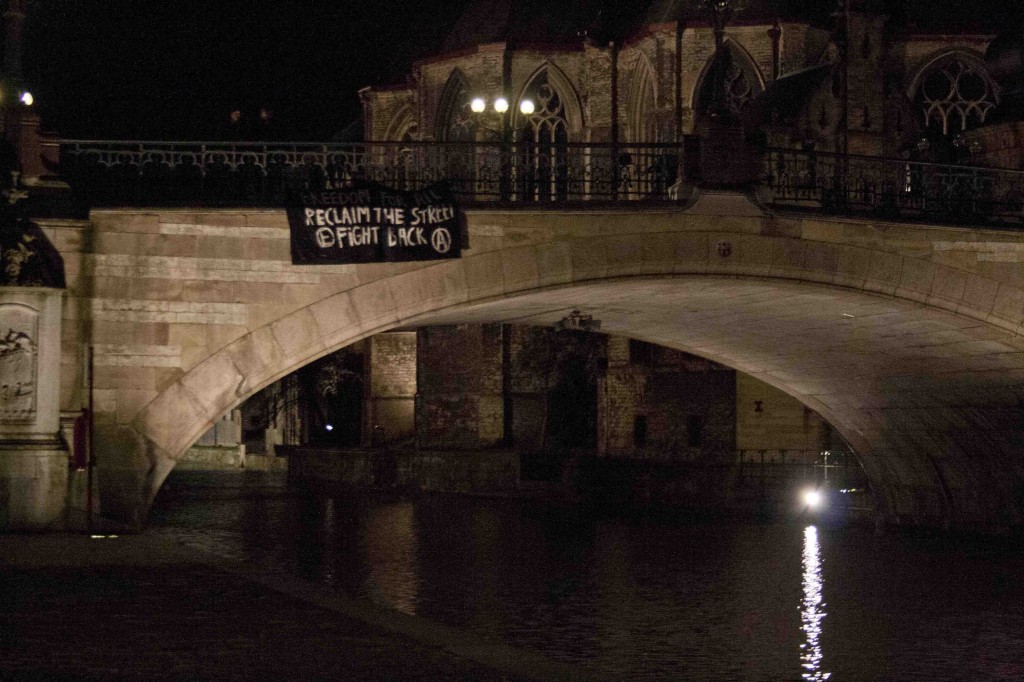 Banner drop after the demo at a bridge downtown

This entry was posted in Black February, Direct Action and tagged Belgium, Ghent. Bookmark the permalink.